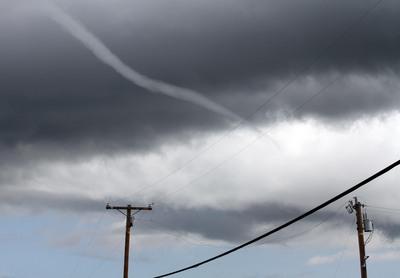 There were no reports of damage or injuries in the area, according to sheriff’s spokesman Jimmy Lee. A shelter in place was in effect for resident of Discovery Bay which Lee said will soon be lifted.
According to Lee, several funnel clouds were observed in the Discovery Bay area but they never touched down.
The warning was issued around 1:20 p.m. when a funnel cloud was spotted in the Brentwood/Discovery Bay area, moving southeast at 5 mph.
The warning, originally to expire at 1:35 p.m., was extended until 2 p.m.