The US government has backed a move by Google to end its support for China’s censoring of internet searches after a spate of cyber attacks on the internet giant’s email accounts.
In a statement the White House said it supported the search giant’s threat to possibly pull out of the country, saying the issue was important both from a point of view of the free flow of information and from a business perspective.
On Thursday US State Department officials repeated demands for an explanation from Beijing on the matter, summoning representatives from the Chinese embassy in Washington. 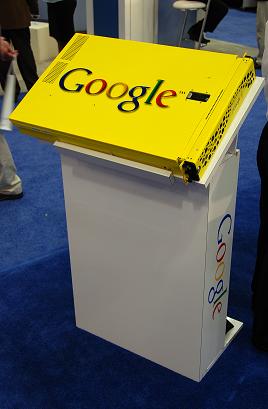 An official told reporters the US had expressed its “serious concerns” over the issue.
PJ Crowley,
US State Department
China meanwhile has said that foreign internet firms are welcome in the country provided they comply with Chinese laws barring access to censor certain sites deemed politically or socially unacceptable.
Beijing also said that Google’s move to scrap its filtering of search results and possibly shut down its China operation would not affect overall economic and trade ties with the US.
‘Principles’
Google announced on Tuesday that it would stop bowing to Chinese internet censors and could shut down its operations in the world’s largest online market after it uncovered a series of cyber attacks aimed at Chinese human rights activists.
The move is a major about-turn for the California-based company which began operations in China in 2006 saying it would abide by Chinese censorship rules.
“It seems to me that the principles that Google is trying to uphold are not just important in a moral or rights framework, but are also of very considerable economic importance,” Lawrence Summers, a senior White House economic adviser told reporters on Thursday.
His comments came as David Shear, the US deputy assistant secretary for East Asian and Pacific Affairs, met a Chinese diplomat in Washington to seek an explanation about the cyber attacks and censorship.
“The incident raises questions about both internet freedom and the security of the internet in China,” PJ Crowley, a State Department spokesman said.
“We have serious concerns about this and its ramifications, and we’re going to continue our dialogue with China on these and other kinds of issues.”
Crowley added: “There are… business standards and expectations, international norms that you expect your business partners to live up to.”
China meanwhile has declared its internet to be “open” but defended its censorship regulations.
“The Chinese government administers the internet according to the law and we have explicit stipulations over what information and content can be spread over the internet,” Jiag Yu, a spokeswoman for the Chinese foreign ministry, told reporters.
‘Repressive’
China web population grows
China’s online population, already the largest in the world, swelled by almost a third in 2009 an industry body reported on Friday.
According to the China Internet Network Information Centre (CNNIC), the number of Chinese online grew by 28.9 per cent over a year earlier to 384 million.
The growth of 3G networks meant the number of Chinese accessing the internet on mobile devices almost doubled over the same period to 233 million.
The report from the CNNIC said Chinese web users were most interested in music, news and search engine services.
In the wake of Google’s announcement several members of the US congress said on Thursday they had begun moves to enact a bill that would prohibit internet firms from censoring information overseas.
“Google sent a thrill of encouragement through the hearts of millions of Chinese,” Chris Smith, the bill’s chief sponsor, told a news conference in Washington.
“It is a game-changer. But IT companies are not powerful enough to stand up to a repressive government like China. Without US government support, they are inevitably forced to be ever more complicit in the repressive governments’ censorship and surveillance.”
Under the bill, called the Global Online Freedom Act, the US government would list nations that restrict the internet and prohibit US companies from storing personally identifiable information in those countries.
Companies would be obliged to report to the State Department the terms countries are trying to filter out.
The bill would also prohibit companies from cooperating in the jamming of US government websites such as US-funded broadcasters like Voice of America and Radio Free Asia.