The Spitzer Space Telescope has discovered the biggest but never-before-seen ring around the planet Saturn, NASA’s Jet Propulsion Laboratory announced.
The thin array of ice and dust particles lies at the far reaches of the Saturnian system and its orbit is tilted 27 degrees from the planet’s main ring plane, the laboratory said.
The bulk of the ring material starts about 3.7 million miles from the planet and extends outward about another 7.4 million miles. The newly found ring is so huge it would take 1 billion Earths to fill it, JPL said. 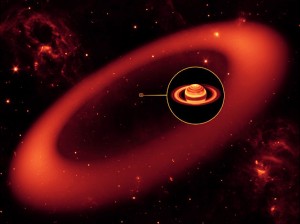 Hubble is back in action! NASA unveiled the first deep space photos taken by Hubble since its billion dollar repair mission. That work included installing two new cameras, other science instruments and replacing broken parts. And you can see the outta this world results.

What resemble dainty butterfly wings are actually roiling cauldrons of gas heated to more than 36,000 degrees Fahrenheit. A dying star that was once about five times the mass of the Sun is at the center of this fury. It has ejected its envelope of gases and is now unleashing a stream of ultraviolet radiation that is making the cast-off material glow. 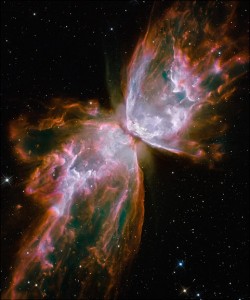 On Tuesday, April 21, researchers in the U.K. announced the discovery of the lightest exoplanet found so far. The planet, “e”, in the famous system Gliese 581, is in the constellation of Libra, 20.5 light years (119 trillion miles) away. It is only about twice the mass of Earth. 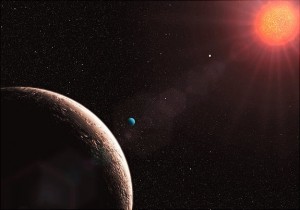 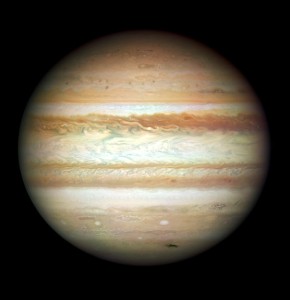 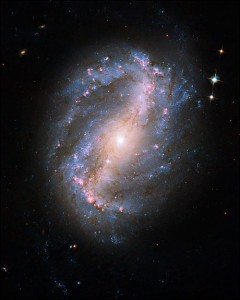 This image shows the top of the 3-light-year-long pillar, bathed in the glow of light from hot, massive stars. Scorching radiation and fast winds (streams of charged particles) from these stars are sculpting the pillar and causing new stars to form within it.

This “landmark” image from the cosmos celebrated the 10th anniversary of the Hubble Space Telescope’s Hubble Heritage Project. Cutting across a nearby star-forming region, called NGC 3324, are the “hills and valleys” of gas and dust displayed in intricate detail. Set amid a backdrop of soft, glowing blue light are wispy tendrils of gas as well as dark trunks of dust that are light-years in height. NGC 3324 is located in the constellation Carina, about 7,200 light-years away from Earth.