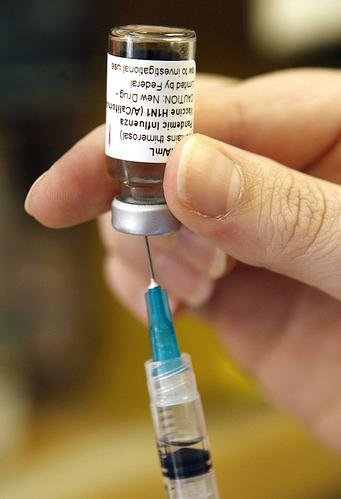 The French pharmaceutical giant had shipped 14 million doses by the end of October and expects to have shipped some 75 million doses to the U.S. market by late December, CEO Christopher Viehbacher told reporters at a company-sponsored biotech event in Cambridge, Massachusetts.

“We’re probably the only company that is producing reliably right now,” he said. “We’re pretty happy with production; it takes a while to get the thing up and running.”

Production of the vaccine runs on roughly a 15-week cycle. While output has been coming up to speed and availability of the vaccine has been scarce in many areas, instances of swine flu in the United States have been spreading.

Sanofi-Aventis’ facilities in Swiftwater, Pennsylvania, are the only sites producing the H1N1 vaccine in the United States, and are now using some 300,000 eggs a day, Viehbacher said.

Yields for H1N1 vaccine production are approaching levels typical of seasonal flu vaccine, which can also vary from strain to strain, he said.

Viehbacher said the company should get EU approval “fairly shortly” to sell the Panenza vaccine for H1N1, which is similar to the U.S. variety, in four European countries.

Approval for the Humenza adjuvanted variety for broader distribution would probably come in mid-December, he said.

STEPPING BACK FROM THE PATENT CLIFF

In a presentation, Viehbacher said the challenge for large pharmaceutical companies is to avoid going over the “patent cliff” when blockbuster drugs go off-patent and are exposed to generic competition for the first time. The “cliff” looms for much of the industry in 2012 to 2014, he said.

Sanofi’s future efforts will include a strong focus on emerging markets and on animal health, which in turn circles back to a rising standard of living and changing diet in developing countries.

“The single biggest healthcare opportunity there is, is vaccines in the southern hemisphere,” Viehbacher said. “How do we reach the next billion customers?”